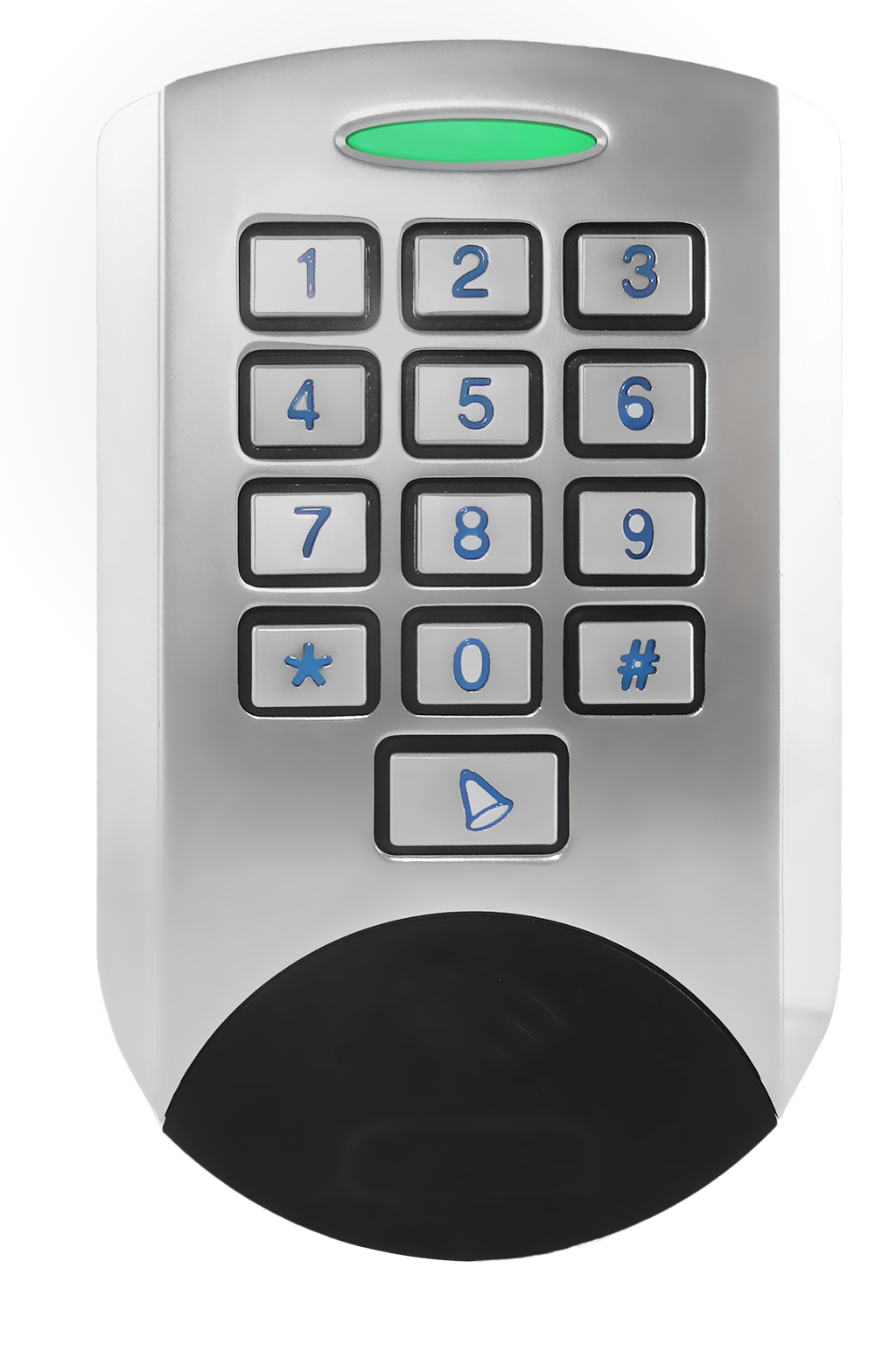 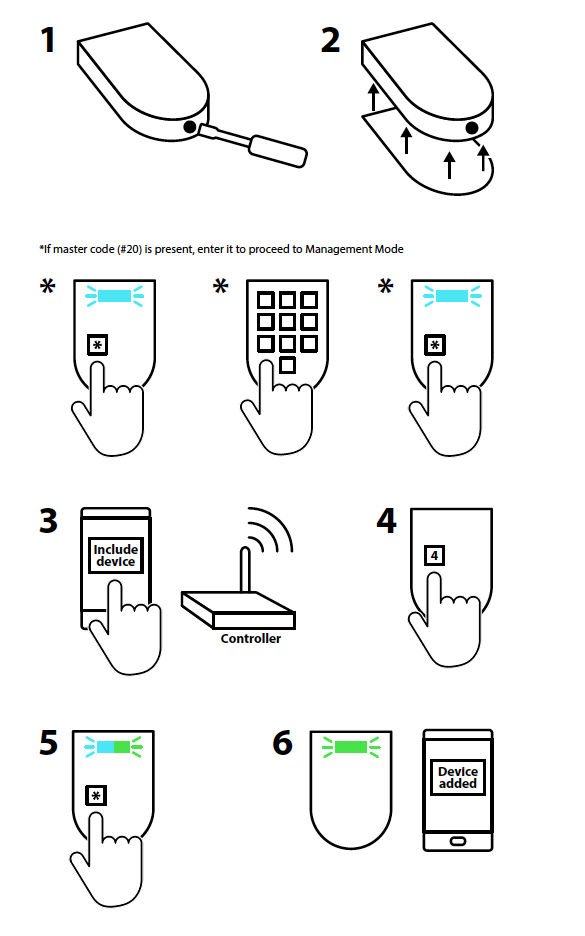 The device can run in two different modes determined by the way its included:
Enter Management mode by removing the back-cover (all LEDs will light up) - this will only work in factory default! Here is a quick overview of the commands in management mode:
After finishing initial setup please set a Master Code (as user code #20) to protect your device. After Master Code (or user code #20) is set the management mode can only be reached by entering the Master Code, regardless if the device is open or closed. You need to reset the device in this case.