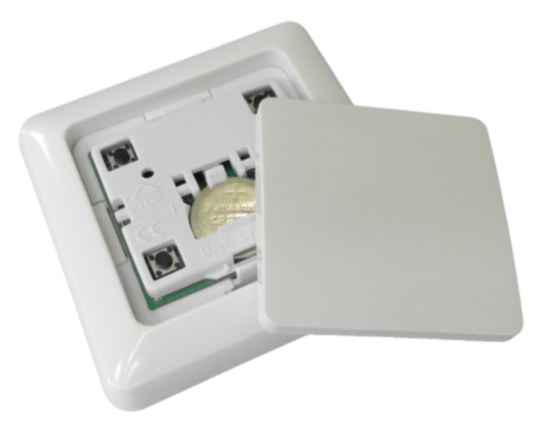 After the first action you can further manage and configure the wall controller using the management mode. To activate this management mode push all four buttons for one second simultaneously (green blinks slowly). The buttons will have different functions then (see Installation Guidelines). 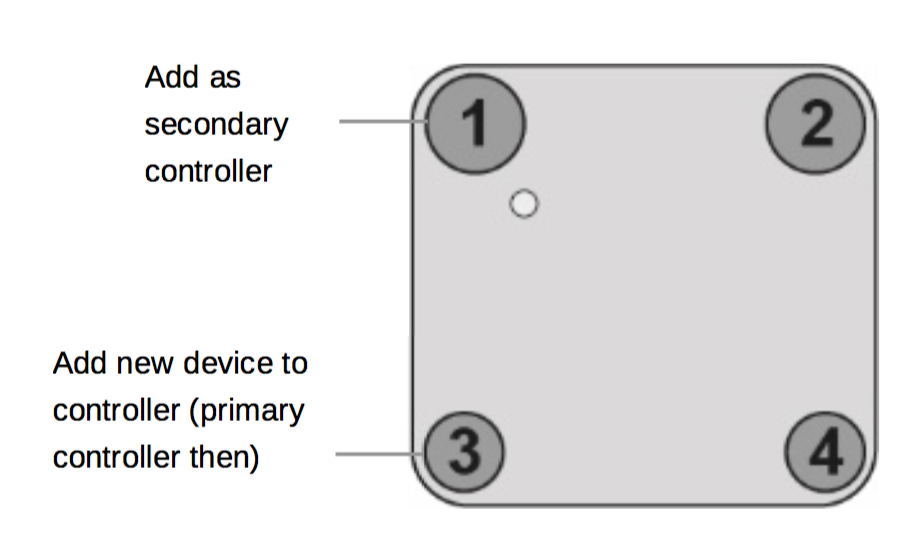 Attention:For convenience reasons some special short cut apply IF and only IF the wall controller is the primary controller of the network: The first device included into a button group will define the commands sent out by this group regardless of the default value of the configuration parameters 11-14. If the device is a door lock the button group will turn into door lock control (value=7). For dimmers and motor controls the value changes into Multilevel Switch Control (value=1). All other devices will turn the button group into Basic control (value=2). All configuration values can be changed if needed. When the wall controller is primary controller the very first device included will be automatically put into button group A and the command set will change according to the rules just mentioned. All other devices need ot be put in button groups manually.